skip to main | skip to sidebar

A Preview of Coming Attractions

If the artists' hometown is not specified please note they live and work in the Richmond Metropolitan Region.
Sunny Zhao
Light and Darkness

Sunny Zhao created this piece using footage he made during one long afternoon in Richmond, VA. This sequence of images inspired by the James River was the catalyst for sound track Zhao commissioned for the work.

This looped video projection shows white paper being crumpled into a ball and reopened. The speed of the video is altered making it hypnotic to watch, much like a fire. The hands crumpling the paper are concealed, making the image strange and detached, the cause of the crumpling not immediately evident.

Fissure an installation that consists of a bed illuminated from within. The artist has replaced a mattress with a large-scale light box, which has in turn, been carefully disguised by soft translucent quilters' stuffing. Unmade, translucent, bed sheets, activated by the light emanating within, conjure contradictory feelings of presence and absence. 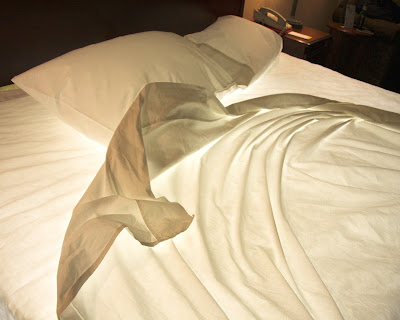 
Elemental and Water Wheel are single-channel video projections that incorporate sound. Both works explore simple forms in nature and familiar objects and the pulse and rhythm of these forms.


These three video stills demonstrate instances where natural light creates particularly harsh settings. Grainger sets his camera up trained on these sites and then situates himself within this sharp light, moving along or within the path of the rays. He intentionally places himself within the light so that his face and figure are indistinguishable, almost like an over-exposed photograph. In this still, where the band of light is somewhat narrow, Grainger’s movements are slow and controlled as he inches along the wall. 
These two photographers collaborate on this “exquisite corpse” process. One takes a photograph and sends to the other, who takes a photograph in response. The resulting pair of images comprises a single work. This back and forth process continues over a period of time until a group of images has accumulated. THe works will be projected large-scale onto one of the designated outdoor walls and will be accompanied by a sound component, which is also the product of a give-and-take collaboration. Jean-Yves Theriault and Matt Warren of Montreal and Hobart, Tasmania collaborated on the sound component. 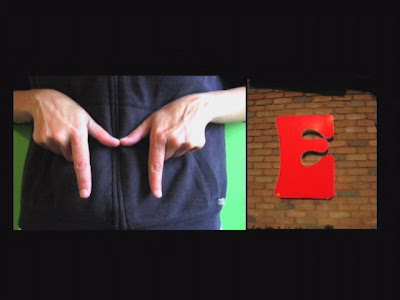